How To Unlock the Power of Persuasion in Your Writing

The story sells the idea, and you sell the story with your experience and facts

I still remember one of the worst lies I ever believed: “Todd, if you work hard and have great ideas, your writing will rise to the top.”

You realize the big problem with this, right? The advice here actually sounds brilliant. What’s so wrong with this advice, anyway?

Nothing. As long as you realize it’s incomplete.

I have this idea that creativity can save humanity. It’s a nice idea, but I have to persuade people of its validity.

I’m writing this because I want to help you. Even though I’ve been writing professionally for over 10 years, I haven’t done much writing about writing. Now, I feel the need to step forward and say this:

An idea alone is never enough.

Instead, you have to learn to write persuasively, regardless of what it is you actually want to say.

PS — This post is focused on nonfiction writing. Just wanted to save you some time if you’re looking to get your dwarfs, elves, and castles more attention.

If you want to persuade readers, you must convince them of these three things (not necessarily in this order):

Remember, an idea alone is never enough. Instead, you as an author must address all of these areas to write books that sell more than six copies.

Take a look at how other authors set up these three persuasive constructs.

One of the quickest ways to access a human being’s emotions is by telling a thrilling story with a compelling connection to the concept you want to teach.

One of my favorite book openings of all time is found in Chip and Dan Heath’s Made to Stick.

[Dave] had just finished one drink when an attractive woman approached and asked if she could buy him another. He was surprised but flattered. Sure, he said. The woman walked to the bar and brought back two more drinks — one for her and one for him. He thanked her and took a sip. And that was the last thing he remembered.

Rather, that was the last thing he remembered until he woke up, disoriented, lying in a hotel bathtub, his body submerged in ice.

A cell phone rested on a small table beside the bathtub. He picked it up and called 911, his fingers numb and clumsy from the ice. The operator seemed oddly familiar with his situation. She said, “Sir, I want you to reach behind you, slowly and carefully. Is there a tube protruding from your lower back?”

The operator said, “Sir, don’t panic, but one of your kidneys has been harvested. There’s a ring of organ thieves operating in this city,and they got to you. Paramedics are on their way. Don’t move until they arrive.”

Following this story, the authors then ask this simple question: wouldn’t you like to write stories this memorable?

If your answer is yes, you immediately believe the idea is worth knowing. You have been persuaded.

By the way, you can begin convincing your readers an idea is worth knowing simply by making the title of your book a mini-story. Author Chris Fox has a book on Amazon titled Write 5,000 Words in an Hour. As writers, we are immediately hooked. Chris probably wouldn’t have to write a single word of persuasion in the actual book. He could jump straight into proving his authority and validating his idea.

Persuasion Tip #2 — Show Your Authority by Sharing Your Experience

Okay, I’m going to hurt your feelings for a minute.

It probably isn’t your fault. Most writers are raised in an aggressively anti-arrogance atmosphere. We’re scribblers, not showman — scribes, not sellers.

Here’s the problem with that — every day you refuse or deny your own credibility, you get passed by someone who has worse writing, worse ideas, worse intentions, and probably fewer actual credentials.

Putting your authority on display is not about grand proclamations or self-puffery. It’s simply about saying. “I know this because ______.”

One person who weaves his own authority into his work like a master is Srinivas Rao. Check out a few lines from his post “Why the Metrics on Social Media Platforms are Destroying Our Creativity”:

“…As I said in [my other book] Unmistakable…”

Have you noticed something interesting? These sentences are not grand or arrogant. They are simply facts. These are things Srini has done.

They also don’t directly address the problems with social media. Actually, most of the statements occur before he lays down his argument and conclusion. He does it anyway because he knows an idea alone is never enough.

Okay, now let me press pause here and read your mind for a minute.

You’re reading this section and thinking: “But, Todd, these other authors have accolades and I don’t.”

Guess what? It doesn’t matter.

Remember, authority doesn’t have to be shiny trophies and silly awards. It’s saying, “I know this because ______.” If you’re writing a breakthrough piece on the mating habits of African Tree Frogs, don’t start your book with: “When a tree frog is ready to make love, he first…”

Why would we read your book if it sounds like Wikipedia? Start it with: “After 10 straight hours lying motionless on a branch, I finally saw what I was waiting for…”

Wait. Does one action on one day give you authority in a certain topic? The answer is yes.

Better yet, you’ve hooked us with a story, we’re interested in what you’re looking at, and we know you’re an expert in this subject because you’re willing to go to extreme lengths to prove your point.

You did all of these things in 17 words.

For bonus points on the authority scale, you could add this line:

“After 10 straight hours lying motionless on a branch, I finally saw what I had been waiting for (since graduating from Average University three years earlier).”

Important: if you can’t tell us any life experience relative to the topic you’re addressing, you’re writing about the wrong thing! Sorry to shout. It’s just that fake authority doesn’t work.

At its heart, the logical argument of your idea essentially boils down to arranging facts in an order the reader can understand and digest.

In Susan Cain’s book Quiet, she makes a bold claim: today’s world is dominated by “Extrovert Ideals,” leaving Introverts to suffer in the corner, being cut off from recognition or promotions.

Watch how she begins to draw you to her conclusion by describing research on how self-help guides have changed in the last 150 years:

Earlier guides emphasized attributes that anyone could work on improving, described bywords like

But the new guides celebrated qualities that were — no matter how easy Dale Carnegie made it sound — trickier to acquire. Either you embodied these qualities or you didn’t:

It was no coincidence that in the 1920s and the 1930s, Americans became obsessed with movie stars. Who better than a matinee idol to model personal magnetism?

The data point from the study (words used in self-help manuals) allows her to slip a fact which isn’t attributed to any study, but we still understand to be true (Americans obsessing over movie stars).

This is her first step in changing your mind.

When you read nonfiction, you systematically accept or reject each sentence laid before you. The more facts in a row you can accept as truth, the stronger the premise of the book. This is simple logic at its best.

As a reader, we can’t just take your word for things. Instead, you have to start where we are and slowly pull us into your argument. Make us see sense. Give us all the information you received when you were ignorant like us and didn’t know what you know now.

The more you read, the more you understand different ways to present your ideas.

While I started this post with sass, I now have hope.

Hope that your work will reach millions, as it deserves to. 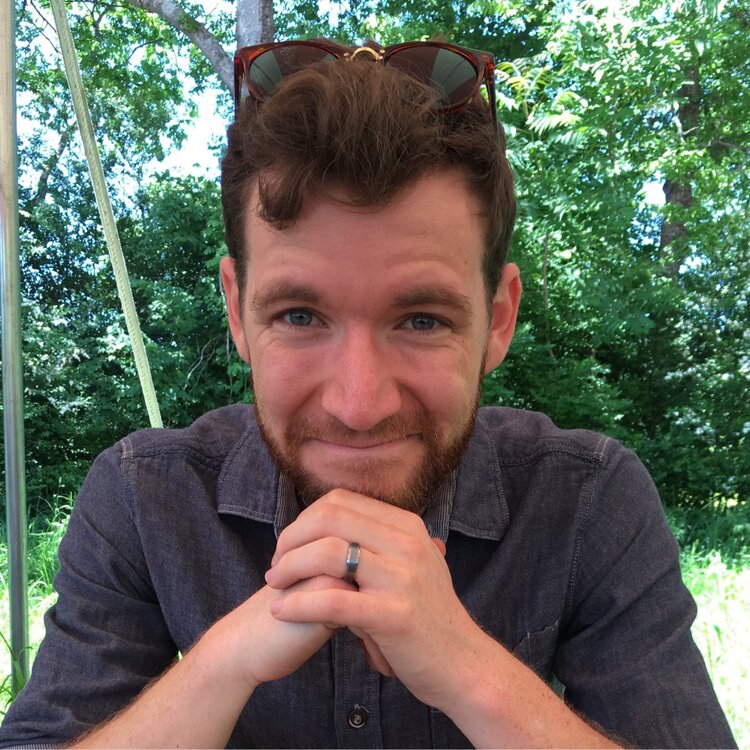 An optimist who writes.

6 Ways to Turn Your Average Creative Work to Extraordinary

No, You Will Never Write That Book